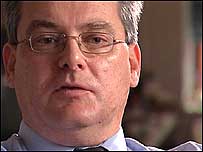 Arlene Fraser was declared missing from her home in Elgin, Scotland, in 1998, after her children came home from school to find their mother gone.

Her husband, Nat Fraser, appealed for information on her whereabouts, but to no avail.

It later transpired that their marriage had been on the rocks, after an altercation which involved a physical assault leading Arlene to ask for a divorce.

As the investigation progressed, suspicions arose as to whether she had gone missing or whether something more sinister had happened.

Soon police began to suspect that she may have been murdered, and identified Nat as the prime suspect.

So why was Glenn Lucas, his best friend who lived 500 miles away, arrested by police on suspicion of committing conspiracy to murder?

Two years after Arlene's disappearance and unbeknownst to Glenn, a conversation between him and Nat during a visit to a prison in Inverness where Nat was then serving time for defrauding legal aid, had been videotaped and handed over to the police.

There was no sound on the tape, so police called in an unusual aide - Jessica Rees, a professional lip-reader who had been deaf since childhood and who was considered the foremost person in analysing videotapes for criminal cases by lip-reading, with a 10 year track record.

Having watched the tape she told Grampian Police she believed the conversation was about dismembering Arlene Fraser's body.

It was on the basis of her testimony, alongside questions arising about the credibility of an alibi, that Glenn was arrested and brought to trial, resulting in great upheaval in his life.

His wife Maya was from Russia and had to leave the country when her husband was arrested.

Their relationship hang in the balance as, thousands of miles apart, they waited for the outcome of the trial which would determine if they would ever be reunited

He'd been charged with conspiracy  according to Jessica Rees' lipreading transcript, talking about disposing of a body.

Police said this evidence, along with previous information they had, led to Glenn being charged.

But when the case came to court the tape was never submitted as evidence, and halfway through the trial in January 2003, all charges against Glenn Lucas were dropped and Nat Fraser was convicted of killing Arlene.

After marrying Maya in Russia, Glenn finally got his wife back to their home in Lincolnshire, where they have a young son, Andrew.

Glenn’s son Andrew is two-years-old. Sadly, his father isn’t here to see him.

Glenn died because of a blood clot in his heart.

His Russian wife Maya says he’d been determined to prove his innocence.

He'd written a book about his experience and was suing Grampian Police over how a report from a lip-reader could lead to him being arrested and charged with a crime he didn't commit.

Glenn Lucas always denied talking about disposing of Arlene's body but, to this day, Jessica Rees still stands by her results. 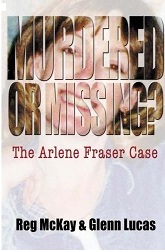